Ambulance called prior to Bent’s release 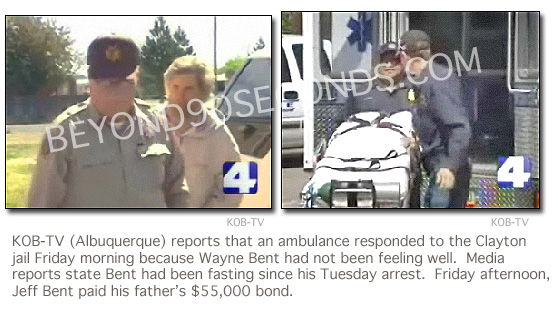 From the Assocated Press:

SANTA FE, N.M. – Authorities say the leader of an apocalyptic sect in northeastern New Mexico has been released from jail after his son posted his bond.

The clerk of the magistrate court in Clayton said a $55,000 bond was posted for Wayne Bent. He was released Friday afternoon.

Bent is accused of sex crimes against young female followers. His sect lives on a compound called Strong City in a remote area near the New Mexico-Colorado line.

At first court appearance on Thursday, his bond was lowered from $500,000.