(Safford, Arizona) A follow-up now to an in-depth story Beyond90Seconds.com first reported in January. Stevo Forbrick has pleaded guilty to two counts of attempted sexual exploitation of a minor.

This case unfolded January 3, 2008 in Safford, Arizona after 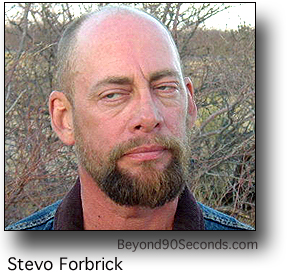 Forbrick walked out of the store that day, but law enforcement officers caught-up with his distinctive van a short time later.

This afternoon, I spoke with Graham County Deputy Attorney Allan Perkins. Perkins tells me Forbrick pleaded guilty March 14 and that one of the victims was less than 15-years-old.

The second victim was less than 18 years of age.

Perkins said that investigators were not able to identify or locate the victims.