An alleged gang member accused of killing a 17-year-old high school student just one day after being released from jail has been living in the country illegally, possibly for more than a decade, federal immigration authorities said Saturday. -Los Angeles Times

Jamiel Shaw Jr., a teenager on the verge of living out an American dream, was gunned down by someone who authorities believe had no business still living in America. -Times Record News 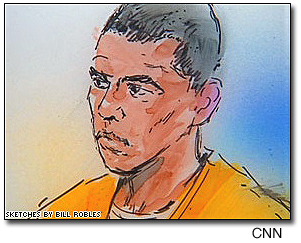 8. Daily News (Los Angeles), Barbarians are within the gate, March 30:

The latest atrocity was the slaughter of 17-year-old Jamiel Shaw Jr., a star footballer who caught the eye of top college recruiters. Tragically, he also caught the eye of an illegal-alien gangbanger who gunned him down while Jamiel’s mother served in Iraq.

You can’t make this up. The irony of fighting a war against terrorism half a world away while a generation of Angelenos is shot to pieces by local terrorists, while your own son is cut down at home…. Wow.

11. mayorsam.blogspot.com, Family of Jamiel Shaw to voice support for “Jamiel’s Law” on Doug McIntyre tomorrow morning (posted April 1) *note: Doug McIntyre is a radio host on KABC (Los Angeles). You can listen to his program here.

12. Independent Weekly (North Carolina), For Eve and Jamiel, and everyone else (commentary), April 2

In a development that will no doubt further intensify debate regarding illegal immigration, reports coming out of Los Angeles the past hour maintain that the suspect charged with murdering Jamiel Shaw Jr. may be an illegal immigrant.

19-year-old Pedro Espinoza is charged with the March 2 murder.

KABC-TV is reporting that U.S. Immigration and Customs Enforcement (ICE) has filed an immigration hold against Espinoza. The TV station attributes the information to ICE spokesperson Virginia Kice.

17-year-old Jamiel Shaw Jr. was murdered while his mother served her country in Iraq. Police say the suspect killed the popular student athlete without any provocation. According to the LAPD Web site, charges include a special enhancement because Espinoza was allegedly “an active participant in a criminal street gang and the murder was carried out to further the activities of the criminal street gang.”

The enhanced charge makes this a potential death penalty case.

Espinoza had been released from jail just 28 hours prior to Shaw’s murder. It’s a fact that seems more important than ever now.

For if Espinoza is in the US illegally, should the jail, state or prior arresting agency have realized it? And, if so, what would have been the appropriate course of action?

Lawyers might be lining up to represent the Shaw family now.

In light of today’s development regarding Espinoza’s immigration status, don’t be surprised if this case finally finds the glare of the national media’s spotlight.

1 thought on “Jamiel Shaw Jr.’s accused killer may be in US illegally”