The sensational Hossencofft murder case has been the subject of numerous national television programs, but none of them has featured the video I’m now posting Online. 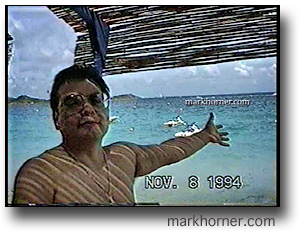 The video shows “Dr. Hossencofft” working his so-called charm on a Caribbean cruise. He was very much married at the time. But his wife had no idea what evil already lurked away from her house, destined to reveal its true face inside her home…claiming her life five years after this video was recorded.

The video can be seen here.

View my prior post about Linda Henning appearing on Snapped here.

And if you’d like to learn more about the Hossencofft case, I have a Web site dedicated to the investigation. Established in 1999 and still growing, you can find the Web site at markhorner.com/Hoss.