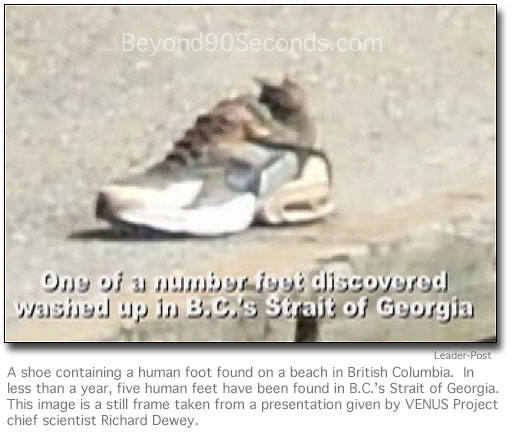 Update (August 3): This post has received a tremendous response and even a link from a Canadian newspaper’s blog. A lot has transpired since I wrote this story. Be sure to read about all of the developments concerning this case here.

(Please be advised that this report includes pictures and video of a decomposing pig.)

Fascinating video of a dead pig pinned to the ocean floor off of British Columbia is providing new insight into events that may have led up to the emergence of five human feet in the Strait of Georgia. 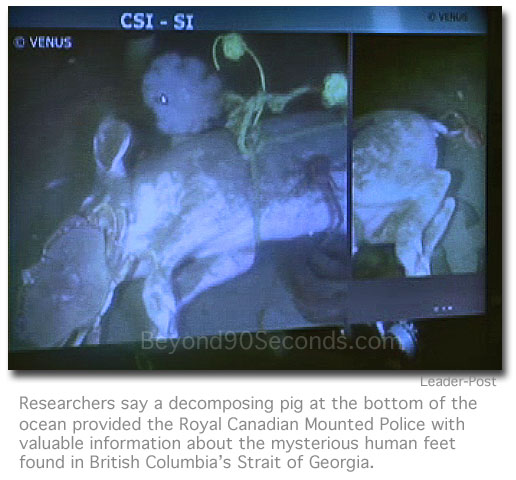 Simon Fraser University forensic scientist Gail Anderson wanted to know–make that “see”–exactly what happens as a pig decomposes in the waters off of British Columbia. It is well worth noting here that Anderson has worked closely with the Royal Canadian Mounted Police in its investigation of the mysterious human feet. But how does one get good video of a dead pig on a sea floor? Anderson didn’t want just a few hours or days of video, either. She wanted weeks and weeks of it. The answer turned out to be as close as VENUS. Not the planet, but a revolutionary underwater laboratory already in place in the Strait of Georgia. University of Victoria researcher Richard Dewey is the chief scientist behind the Victoria Experimental Network Under the Sea(VENUS) project. 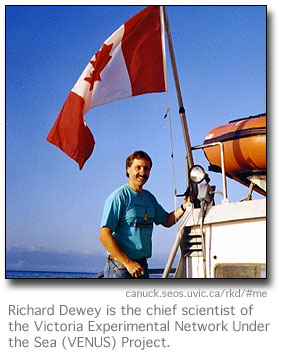 Working with Anderson, the team has produced some compelling video regarding that dead pig that will surely prove fascinating to forensic scientists and true crime fans. 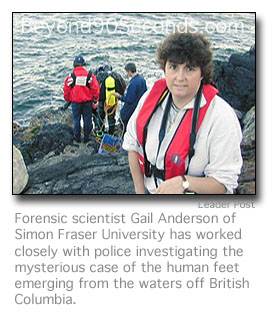 Dewey recently presented the team’s findings. A video of that presentantion appeared today on the Leader-Post’s (Regina) Web site and also appears below. Early in his remarks, Dewey establishes the significance of Anderson’s expertise. ““When a body washes up, a human body washes up on the shore, and the RCMP call her, they want to ask her, ‘Is this kind of wound caused by torture or a squat lobster?'” 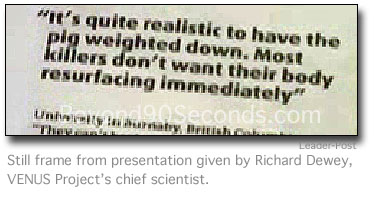 Dewey explained that the dead pig used in the VENUS experiment had been electrocuted. Therefor, with no open wounds, the animal went three days with little to no attention from the ocean’s creatures. Everything began to change after something–presumably a shark–took a large bite of pig overnight. After a couple of weeks, a leg was detached from the pig. 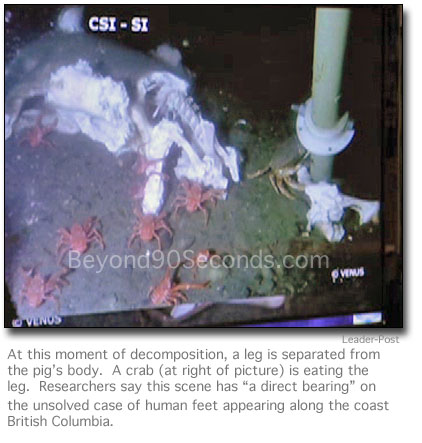 “They’ve (crustaceans) actually eaten the flesh away from the joint and something like an ankle becomes disarticulated from the carcass and in fact we see one of the legs over here to the right, there’s actually a crab nibbling on it there, that’s become separated. And this has direct bearing on the feet that have washed up in the Strait of Georgia. “And, in fact, from the first (human) foot on, Gail has been very involved with the RCMP because of her research on VENUS,” Dewey explained. After two weeks spent underwater, much of the pig’s carcass had been stripped clean. A month later, there was no trace of the swine. “After a month and half, there was not a single piece of this pig left on the bottom. We went back with the ROV six months later and frankly had a tough time even finding small bones.” Dewey added that bare bones may simply float away from the scene of a body’s final underwater resting place. Something a detached foot might do days or weeks earlier.

*The following 2006 CBC News story provides an excellent overview of the VENUS Project :

*ADDITIONAL VIDEOS: (Updated July 4, 2008 ) From what I’ve read on the official VENUS Project Web site, the pig study referred to in this story was conducted in 2006. The VENUS Project conducted a second pig study in 2007. I initially provided a link here to a series of higher-resolution videos concerning the 2007 pig study. Those videos were quite thorough from start-to-finish as they began with “pig 2” being lifted from a large ship and then lowered into the water (an underwater camera even followed “pig 2” as it sunk to the sea floor). However, today I’ve noticed that the link now requires a User ID & password. There are additional high-resolution videos of an underwater pig experiment at the VENUS Project Web site. At this time, they do not require a User ID and password. I do not know if the pig in these videos is “pig 2”. Still, if you’re interested in matters related to decomposition/forensics beneath the sea, these videos should prove of interest.