Note: Very few details about this story were known Tuesday & Wednesday. Until this updated story, there had been no news of an injured Good Samaritan.  Many new details appear in this story. 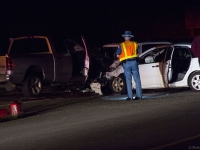 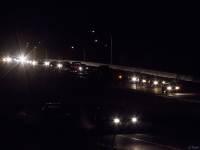 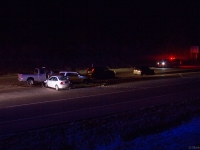 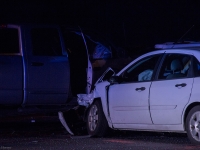 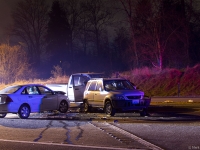 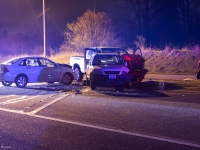 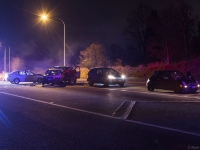 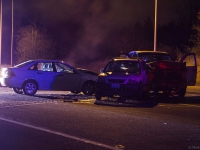 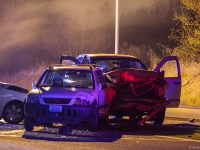 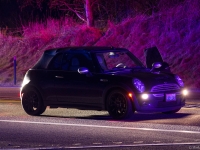 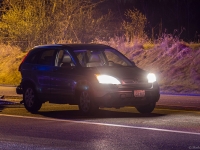 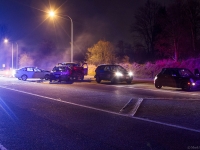 (Snohomish) A Monroe woman was seriously injured as she rendered aid to another motorist on SR 522 in Snohomish late Tuesday night.

According to Trooper Mark Francis of the Washington State Patrol, the injured Good Samaritan is 34 year-old Robin L. Davis of Monroe.

Francis said that—as of Wednesday night—Davis was in the intensive care unit at Harborview Medical Center, and has a “fractured skull and brain swelling.”

Tuesday night’s scene happened on the edge of a construction zone about a quarter-mile east of Echo Lake Road, nearly at milepost 19.

Francis explained that what transpired ultimately involved two crashes at the same scene.

Those two crashes were only about six minutes apart.

Davis was rendering aid to a driver in the first crash when the second crash happened.

Based on information provided by Francis, here’s a chronology of how the two crashes unfolded:

-An eastbound 2007 Honda CRV stopped for a construction crew.
-The driver of a 1999 Honda CRV stops behind the 2007 Honda, then turns off his car’s engine and lights.
-A Dodge Ram pickup truck approaches and rear-ends the ’99 Honda, pushing it forward and into the ’07 Honda.
-The driver of the ’99 Honda is hurt, suffering cuts to his head and feet.
-The Good Samaritan (Robin Davis) was not involved in this crash.  Davis was in another car already stopped on the road in the construction back-up.
-Davis leaves her car to assist the injured driver of the ’99 Honda.
-The injured driver of the ’99 Honda is Ernie D. Allsop, 68, of Monroe.
-Allsop is now out of his car.  He’s receiving help from Davis.  They’re near the Dodge Ram’s driver side door.

According to Francis, no one else was seriously injured in these crashes.

Allsop was cited for failing to operate a motor vehicle with its headlights on.

The drivers of the Dodge Ram pickup (Fernando A. Soberanis, 46, Monroe) and the Ford Focus (Drew J. Jackson, 21, Monroe) were both cited for driving too fast for conditions. 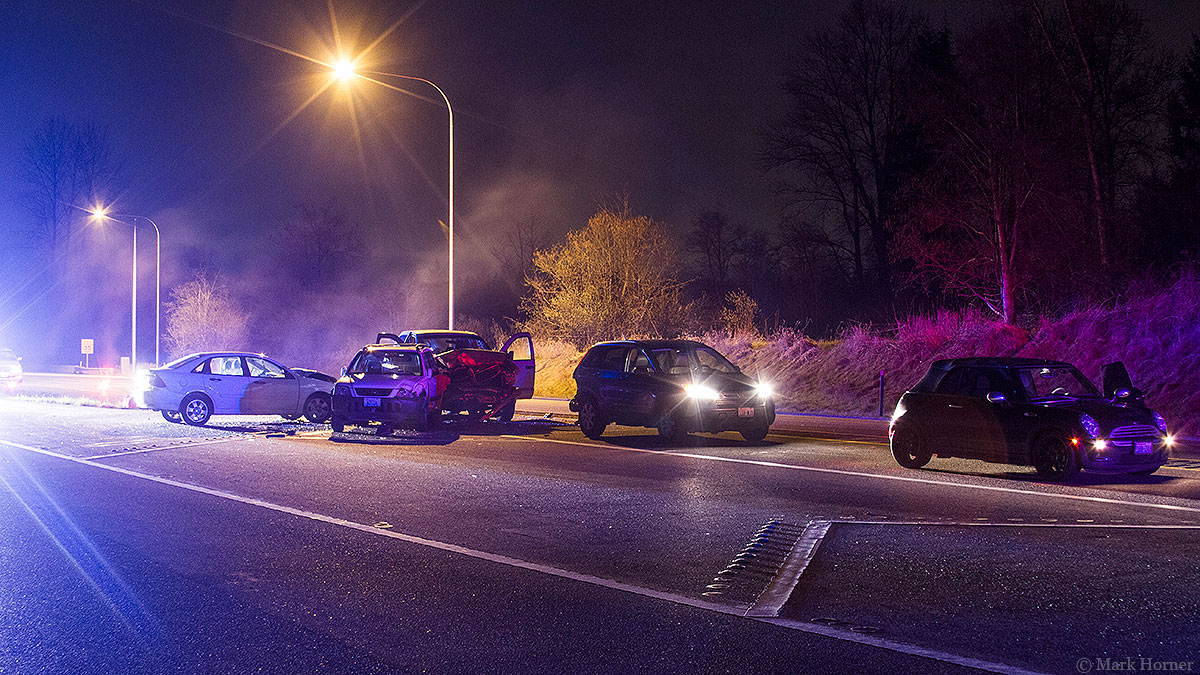