( March 5, 2008 ) In a move that surprised no one, attorneys representing the mother of two young children who died while in their father’s care have filed a wrongful death(s) lawsuit (pdf) against the state of Arizona and city of Tucson.

This case exploded February 18, 2007 when the remains of 4-year-old Ariana Payne were found at a Tucson self-storage business. 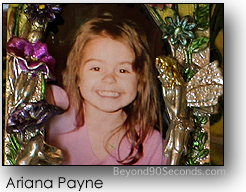 In the days that followed, police in white clothing and masks searched through tons of garbage at a local landfill. 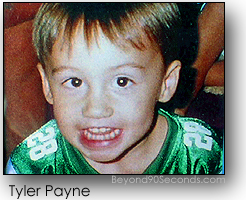 But the remains of 5-year-old Tyler Payne were never found. The boy is presumed dead.

29-year-old Christopher Payne and his 23-year-old girlfriend, Reina Gonzales, are both charged with murdering Payne’s children. If convicted, both defendants could get the death penalty.

Jamie Hallam, the mother of both children, has long-asserted that she had sole custody of Tyler and Ariana. And that considerable time once passed without any sign of her ex-husband. When he did return one day, according to Hallam, it appeared Christopher Payne had turned his life around.

Hallam has said Payne expressed a desire to see his children again. She agreed to a “shared visit,” if you will, with both parents present.

According to Hallam, she ultimately allowed Payne to have the children for a weekend. Then, eventually gave him permission to take them to a birthday party.

She says that’s the last time she saw her children.

Hallam contends that she fought to get her kids back. And–armed with a court order giving her sole custody of both children–asked Tucson Police to retrieve her kids from Payne’s apartment.

Hallam felt confident she’d get her kids back that day. In addition to the court order, she says CPS had recently determined that she was a fit parent.

Indeed, police went to speak with Payne. Hallam says she went along, but waited outside her ex-husband’s apartment. The police officer who handled the call spoke with Mr. Payne and contacted the state. He was advised to leave the children with Payne. A grave error, according to Hallam.

Hallam’s lawyer framed the case against the state in direct language when I interviewed him August 17, 2007.

“The liability for the state of Arizona in this case stems from the obvious negligence of the CPS caseworker and supervisor that was in charge of Jamie Hallam’s case in March of 2006. 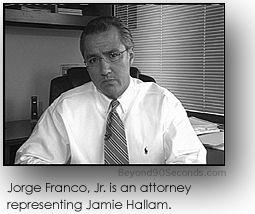 Hallam’s lawsuit alleges that she has suffered a variety of injuries and damages, to include; “psychological and emotional damage, shock and grief as a result of the grossly indifferent acts of neglect by the Defendants, resulting in the wrongful deaths of Ariana and Tyler Payne.”

Hallam’s suit also alleges “loss of companionship and consortium with her children,” “past and future medical expenses including counseling services,” and, “Other incidental damages as a result of the deaths of Ariana and Tyler Payne, including funeral and burial expenses.”

The suit does not address any dollar figure sought by Hallam. Rather, it seeks “a judgment in an amount that will compensate plaintiff Jamie Hallam fairly and fully for the wrongful deaths of Ariana and Tyler Payne.”

Okay, what has been written above is very much the type of information that you’re likely to find in local news coverage, now for some additional insights…

When this case broke, I was still working for a Tucson TV station. In my exclusive interview with Jamie Hallam, she also provided me with numerous copies of court and police paperwork. 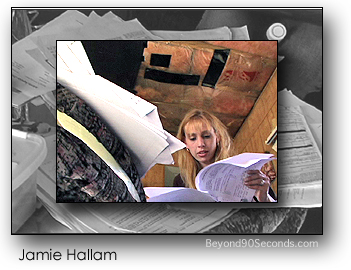 She attempted to carefully outline; 1) how she had received sole custody of her kids, 2) why she let her kids go with their father for a birthday party, and 3) her detailed effort to get Tucson Police to enforce a court order and retrieve her children for her. What she told me last year is now the foundation for her lawsuit.

This case, combined with the death of another Tucson child (Brandon Williams) last year, resulted in a September 25, 2007 open hearing conducted by state lawmakers in Phoenix. Most of the questioning that day was aimed at a CPS Program Manager. And as the day wore on, some lawmakers grew frustrated with the manager’s answers.

Early on in the case, I interviewed a former employer of Christopher Payne. He described a good employee gone bad. One who, ultimately, had to be let go. I agreed not to identify the employer’s business. But I found it interesting that Payne had worked closely with people with disabilities.

More than anyone, though, it is the interview I didn’t get that stays with me; the soft-spoken woman who managed the storage business where Ariana’s body was found. The manager had called police after smelling a foul odor. Turns out the little girl was badly decomposed. Despite the trauma of the horrific discovery, the manager put up with the flurry of news crews covering a scorching hot story. To my knowledge, she declined all interviews. We spoke off camera a few times. Her words hesitant in coming. Her reluctance no doubt buttressed by the request of police–and orders from a boss–not to speak with the media.

Still, I felt there was more going on. The manager clearly seemed affected, haunted even, by thoughts of what had happened to a little girl and boy she never knew. Later, she shared something with me that confirmed what I had felt. I’ll keep that between her and I.

More than a year has now passed since the grisly discovery of Ariana’s remains. The media fury has long-since waned. Thoughts of how anyone could allow the bright lives of two little children to wither-away no longer dominate our thoughts at bedtime or as we set off to work. Or as we gaze into the eyes of our own little ones.

Still, this case has yet to muscle its way through civil and criminal courts. The engines fueling the finger pointing and character attacks have yet to roar.

Through it all, the sad discovery of Ariana’s body will often–and understandably–capture first mention in any news story on this matter. But let us not forget about a young boy who often smiled from ear-to-ear.

Tyler’s body is still out there…somewhere.