Beyond90Seconds.com has obtained new pictures of the devastation caused by Saturday’s catastrophic mudslide near Oso.

A vast mudslide blasted through homes, crossed SR 530 and has blocked the north fork of the Stillaguamish River.

At least three people have died.

The concerns now include the threat of flooding.

As The Herald (Everett) reports this evening:

A large wall of water is expected to rip downstream along the Stillaguamish River between Oso and Stanwood on Saturday evening or early Sunday.

Snohomish County emergency officials tonight are strongly encouraging anyone who lives in the flood plain to move to higher ground until further notice. Crews hope to assess the situation again in the daylight. Plans are in place to possibly stop traffic on the I-5 bridge over the Stilly in Arlington if needed.

There is the “potential for a catastrophic flood event,” county spokeswoman Rebecca Hover said.

Beyond90Seconds.com interviewed local residents while reporting live near the scene.

Paulo Falcao said he was driving towards Darrington to pick up his children when everything went dark immediately in front of his Jeep and the two vehicles just in front of him.

Falcao said the slide raced across the  road, and that the moving debris included a house.

Once out of his vehicle, Flaco heard cries for help from a woman and a small child. He estimates the child was one year-old or younger.

Falcao said the woman and child eventually made it out.

The following photos were taken by Stephen Horner

Live Stream #3 (includes interview with Paulo Flaco. I mistakenly refer to him as “Pablo” Flaco here as I’d misheard his name. My apologies.)

Live Stream #4:
For the record: We did *not* know that a mandatory evacuation had just been issued prior to visiting the river on the way home. Still, I’m fully aware that we assumed some risk in visiting the river. Never do something like this in these circumstances. I do hope that this footage proves helpful in understanding the mudslide’s effect on the north fork of the Stillaguamish River.

Live Stream #5:
In this video, you may wish to skip ahead of the simple walking (and a lot of sniffing from my increasingly runny nose…sorry about that) to 2:49.  At 2:49, narration begins as the camera shows a view of the river in both directions.

Live Stream #6
This is the final report in this series for March 22nd. 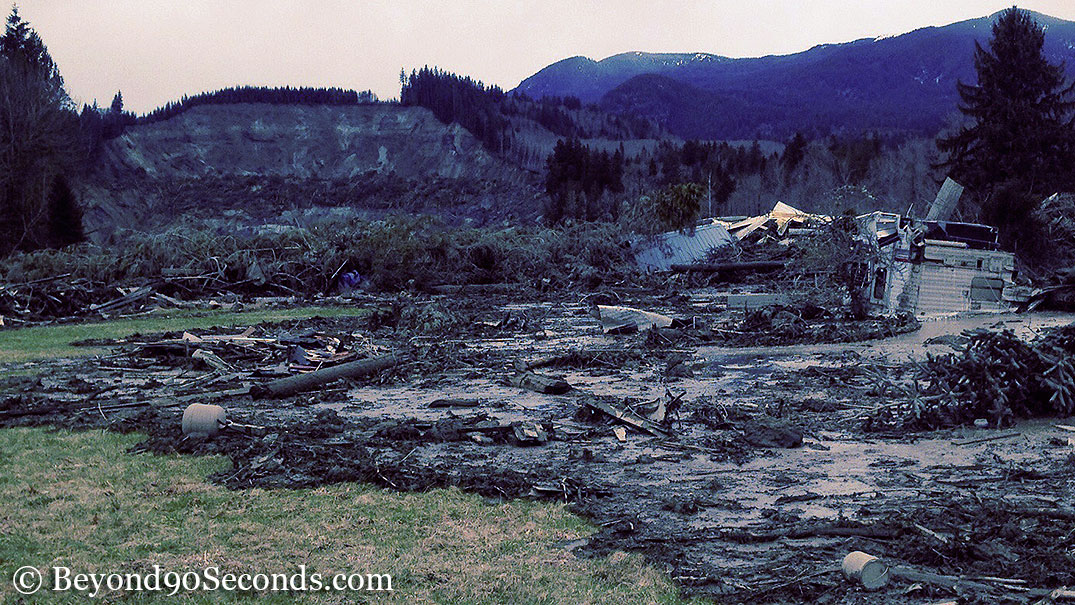