(Snohomish County)  Maltby Road was closed west of  SR 9 much of Tuesday night after a vehicle went off the road and struck a pole.

Because “live” wires were on the ground, crews closed a significant stretch of Maltby Road.

PUD was called to the scene to shut off power in the area, affecting many homes.

No official details of what transpired, but it appears the motorist was uninjured.  However, he could not leave the crash area—nor could rescuers approach him—due to the live wires on the ground.

Beyond90Seconds.com streamed live from the road closure at SR 9 and Maltby Road; that video—as well as some high definition video—can be viewed below.

A resident without power managed to watch the Beyond90Seconds.com live stream.  He said he was still without power when contacted after 10pm. 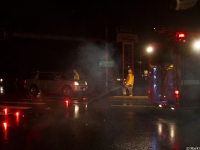 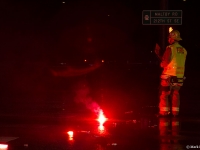 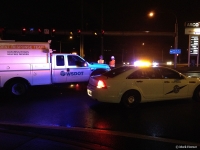