Regarding the State of New Mexico’s investigation into alleged sexual contact with minors by church leader Wayne Bent, much has been said/written about the child known as Healed. Letters and e-mails written by Healed have recently been published here.

Healed was also very much a topic of discussion in a recent Beyond90Seconds.com interview with Bent’s attorney, Sarah Montoya.

I would like to clear a few things up about what Sarah Montoya said.

About the earlier molestation, when the FBI came out to Strongcity in 2002 with The CYFD (Children Youth an Families Department) to make sure all was well with every one out there. LS told the CYFD worker then about her molestation. The DA office has asked if LS would cooperate in prosecution against this man and she has said she does not want to press charges.

LS is free to go on walks almost anywhere, I just ask she let me know where she is going and about how long she will be gone.

As for her conscious she has told me that she doesn’t feel molested other than not being able to talk to the land or live on the land. I do not want her living on the land because Wayne and the people on the land saw that it would be ok for LS and AS to consummate (have sex) if it was Gods will, I am not ok with that. I do not want her talking to anyone associated with Strongcity as I believe their commutations encourage her to starve herself and also go without water as a way to get us to let her go back to the land, Again I am not ok with this.

As for the alleged beating, why is Sarah Montoya so concerned and the CYFD is not. The CYFD is welcome in my home anytime and I have told them that.

As for our family going out to the land or talking to anyone from the land, we are under a court order to not communicate with anyone associated with Strongcity.
See as follows:

(note: initial post of this document was missing last line on page 1. Image updated to include final line at 3:23 PST) 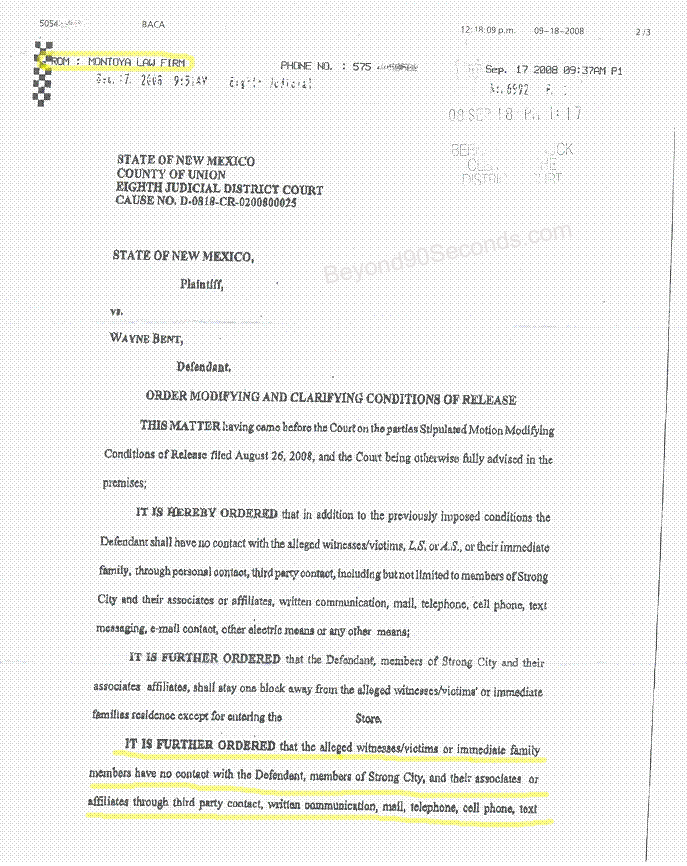 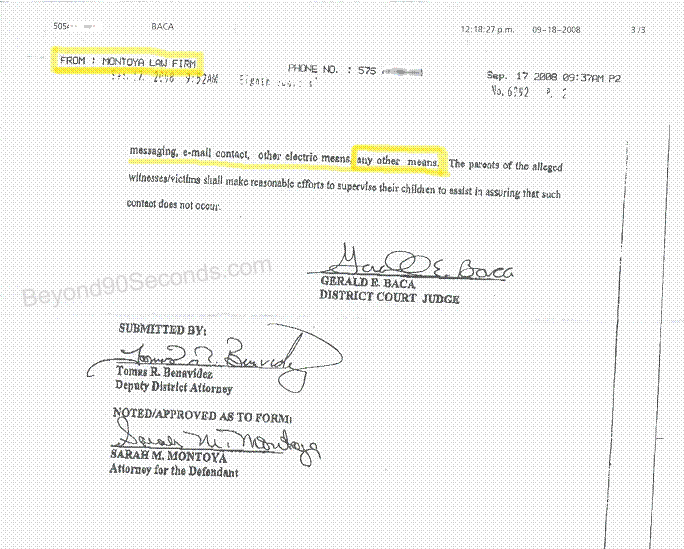