Dan Klein has lived near the Black Arroyo and Arroyo de las Calabacillas for twenty years. He said he’s only seen one other year when so much water moved through the two arroyos.

About a half mile from Klein’s home, the Bernalillo County Sheriff’s Office responded to a report of a jet ski without a rider going in circles on the Rio Grande.

Considering the possibility that a rider may have been thrown from the jet ski, authorities searched the area. No one was found.

On Tuesday, another flash flood turned deadly when three people were swept away in a large canal known as the city’s North Diversion Channel.

The National Weather Service said more than 1 inch of rain fell in less than 15 minutes in some foothill areas during Tuesday’s storm. 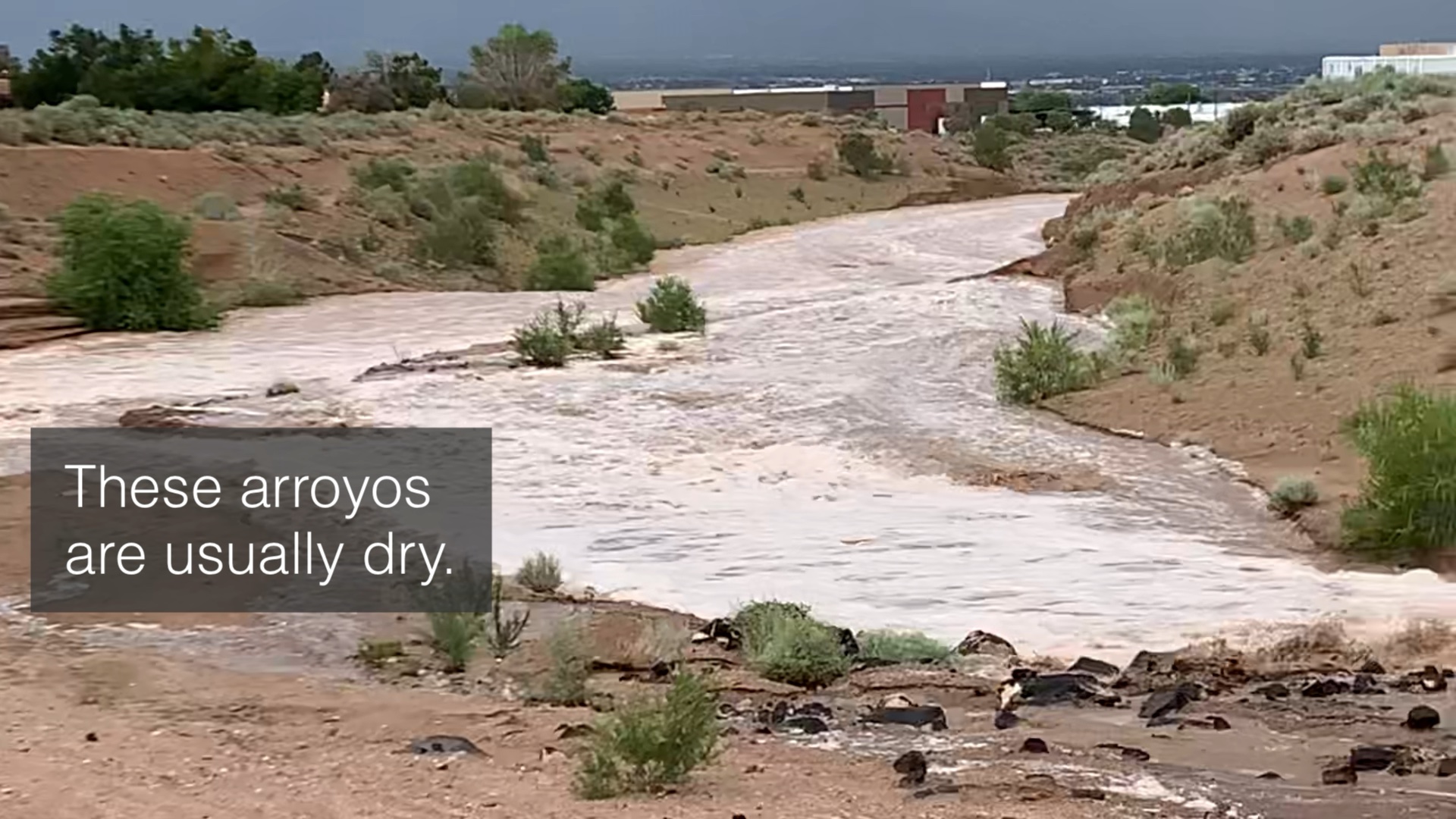