The embattled leader of the Lord Our Righteousness Church may soon be out of jail if a judge rules in favor of an Emergency Motion for Release from Custody filed this afternoon by defense attorney Sarah Montoya.

Included in her 9-point argument, Montoya writes that letting Wayne Bent (aka Michael Travesser) out of jail would:

Bent’s trial is scheduled to begin December 8, 2008. Earlier this year, a grand jury indicted Bent on two charges of criminal sexual contact with a minor and two counts of contributing to the delinquency of a minor.

Bent has repeatedly proclaimed his innocence.

The two-page Emergency Motion for Release from Custody filed at 12:39pm today appears below: 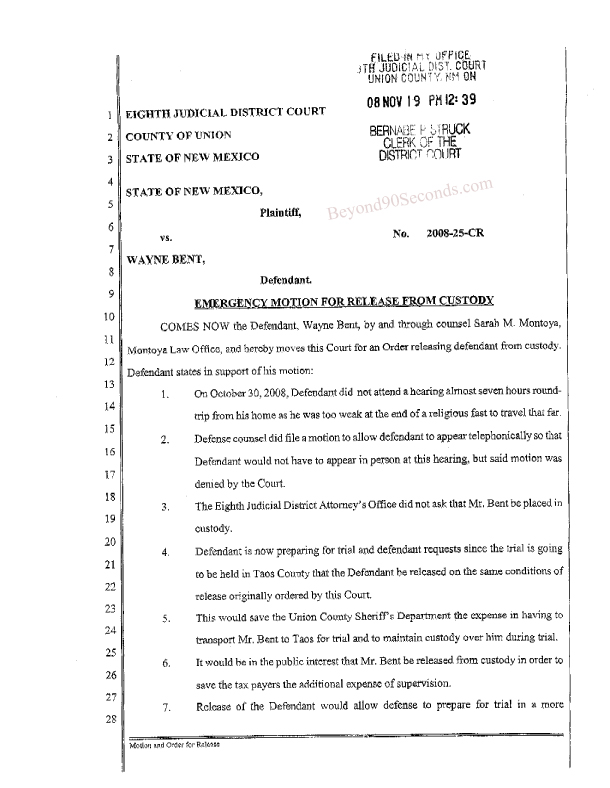 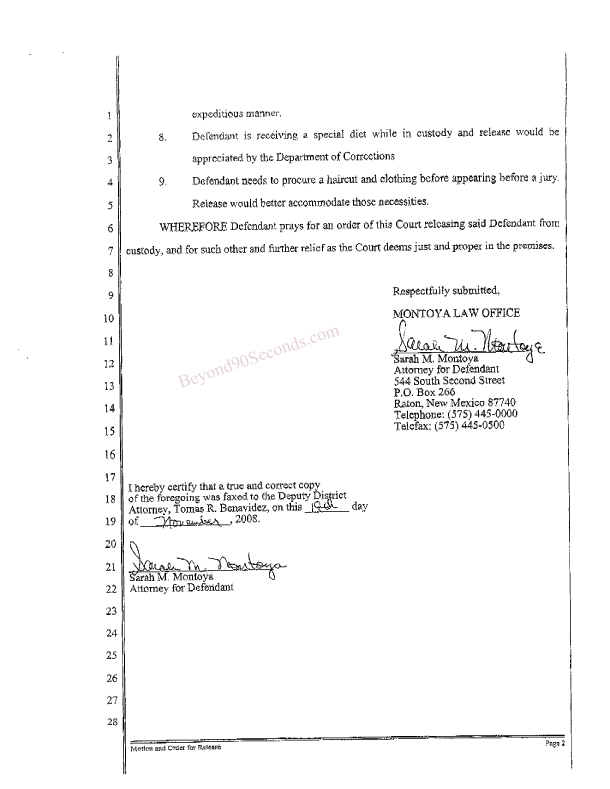