*Post updated at 1:15pm PST to include response from counsel for Justin B. Lea

An attorney with a Taos law firm has been ordered to appear before District Court Judge Gerald E. Baca on November 10. According to an Order to Show Cause filed in Union County on Monday, Justin B. Lea, an attorney with Maestas and Boothby PC, shall appear before Judge Baca “to show why he should not be held in contempt of court for impermissible contact with a State’s witness.”

Mr. Lea is represented by his employer, attorney Alan Maestas. This afternoon, Mr. Maestas told Beyond90Seconds.com that he has written a response to the Order to Show Cause, and that the response is being sent “FedEx” today to the Union County Courthouse in Clayton.

The court order appears below: 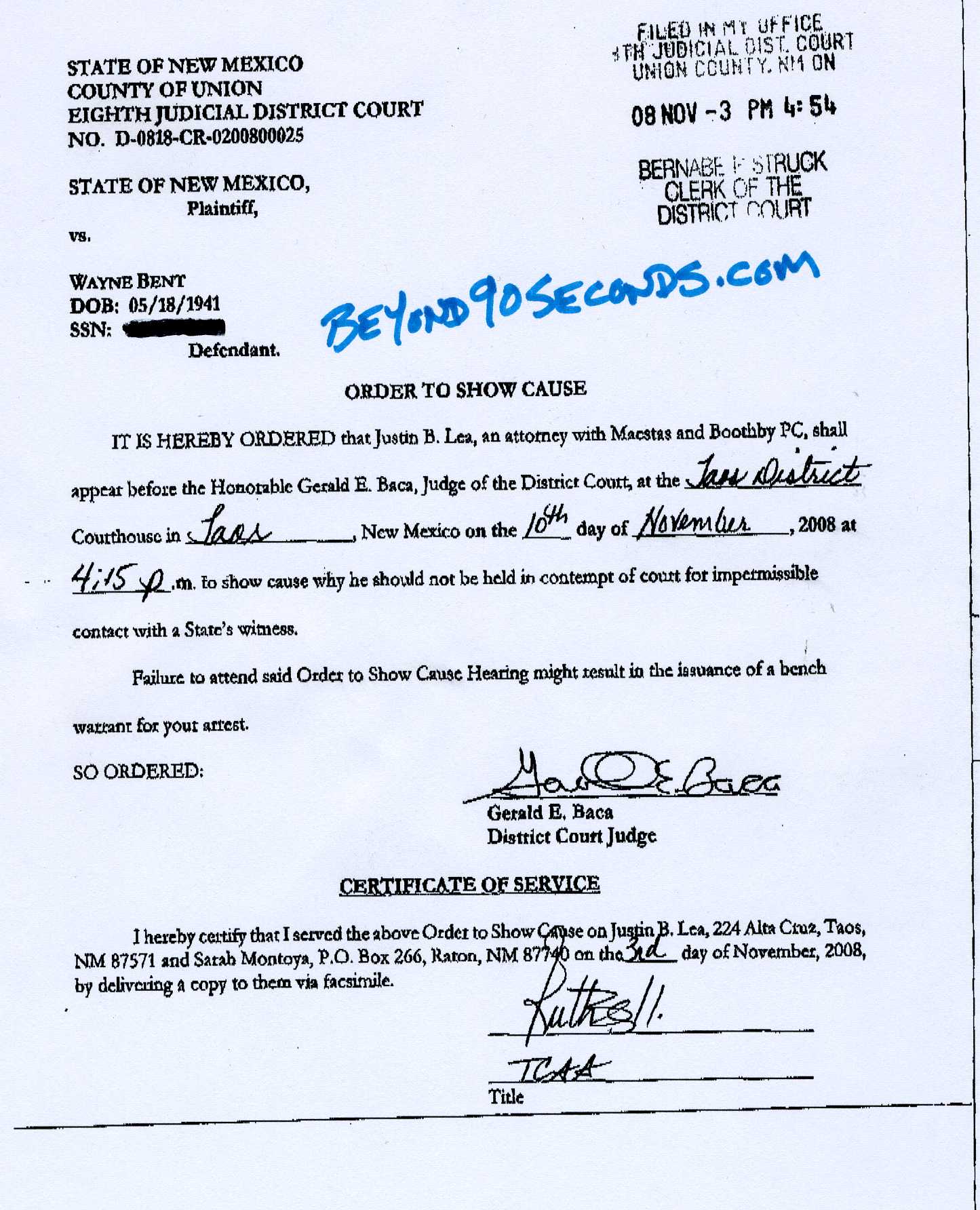 4 thoughts on “Attorney in contempt? Judge wants an explanation”