Just as she had vowed to do, Louise “Luisa” Furman of Safford, Arizona returned to Kenya in late April. Earlier this year, Furman was featured in a two-part video series titled Crisis in Kenya produced by Beyond90Seconds.com. 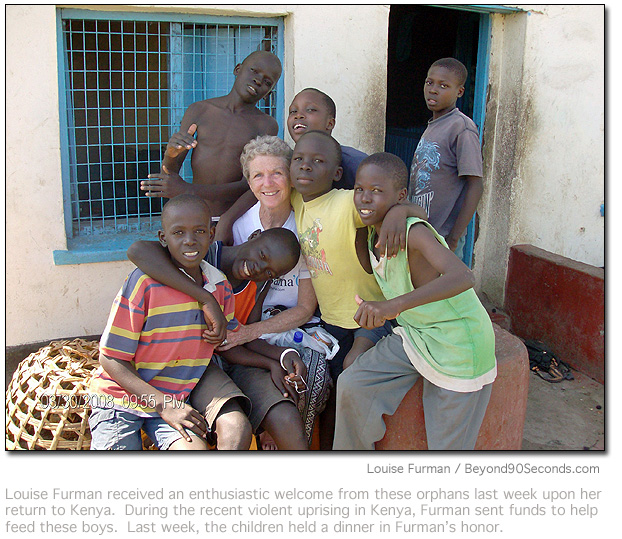 Now, in a Beyond90Seconds.com podcast, Furman speaks to us from Kisumu, Kenya. In this interview conducted April 30, 2008, Furman provides a first-hand account of the the devastation she is witnessing; the aftermath of the violent clashes that followed last December’s Kenyan Presidential election. 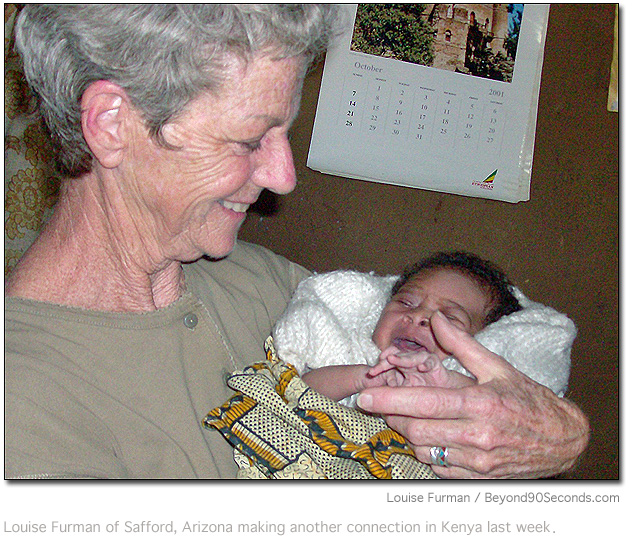 She also speaks of the continuing need for food and other assistance in the east African country.

This interview takes on a new twist. Turns out 4th grade students at Van Horne Elementary in Tucson have been studying Kenya this year. The children have seen the Crisis in Kenya stories and had hoped Ms. Furman could come and speak to their class.

But Furman had just left for Kenya, where she plans to stay into September. So, I offered to pass along any questions the kids might have for Furman. 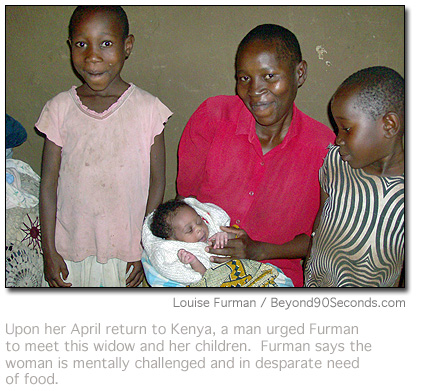 Teacher Kathryn Tompkins provided me with 24 questions from her pupils. And that’s where this podcast begins; with yours truly asking Furman questions provided by these wide-eyed 4th graders with a thirst for world news!

In addition to burned out buildings, Furman also shares stories about a new site in Lake Victoria. It appears to be more suffocating than the water hyacinth.

Furman–a retired nurse–also shares how a man named Moses led her to a widow desperately struggling to feed her children.

We also learn how a group of smiling orphan boys welcomed her with a great energy and enthusiastic smiles. They even held a dinner in Furman’s honor.

Ultimately, Furman even offers to arrange pen pal opportunities between the Tucson kids and Kenyan children. 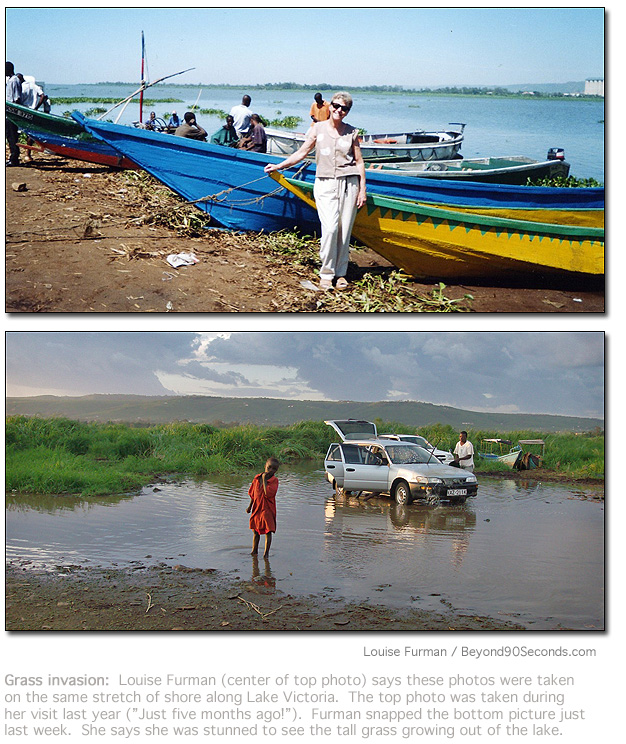 *Anyone wishing to contact Louise Furman may do so at intoafrica03@yahoo.com.