(Oso, WA)  Teresa Smith could never have imagined the most welcome surprise she’d encounter while walking her dog along SR 528 in Oso early this afternoon.

It started when a honk came from an approaching Chevrolet Silverado.

The driver paused on the road.

Smith–grieving the loss of so many lives here, including two close friends–was in for quite a shock.

Turns out those two close friends were in that Chevy.

Smith had thought the Ron and Gail Thompson were killed in Saturday’s  mudslide.

The Thompson’s home, like so many others, had been obliterated in the catastrophe.

But the Thompsons had actually left their house only minutes prior to the slide.

“Seeing them today was like a precious gift from God,” Smith said.

Please note:  I was taking photos of the Oso fire station  from across the street when I heard the Chevy honk its horn. Hearing the excitement and seeing the embracing that followed, I photographed that moment thinking it might be a story.  The Chevy was driving off as I made my way toward the scene.  Ms. Smith kindly agreed to an on-camera interview. -Mark Horner 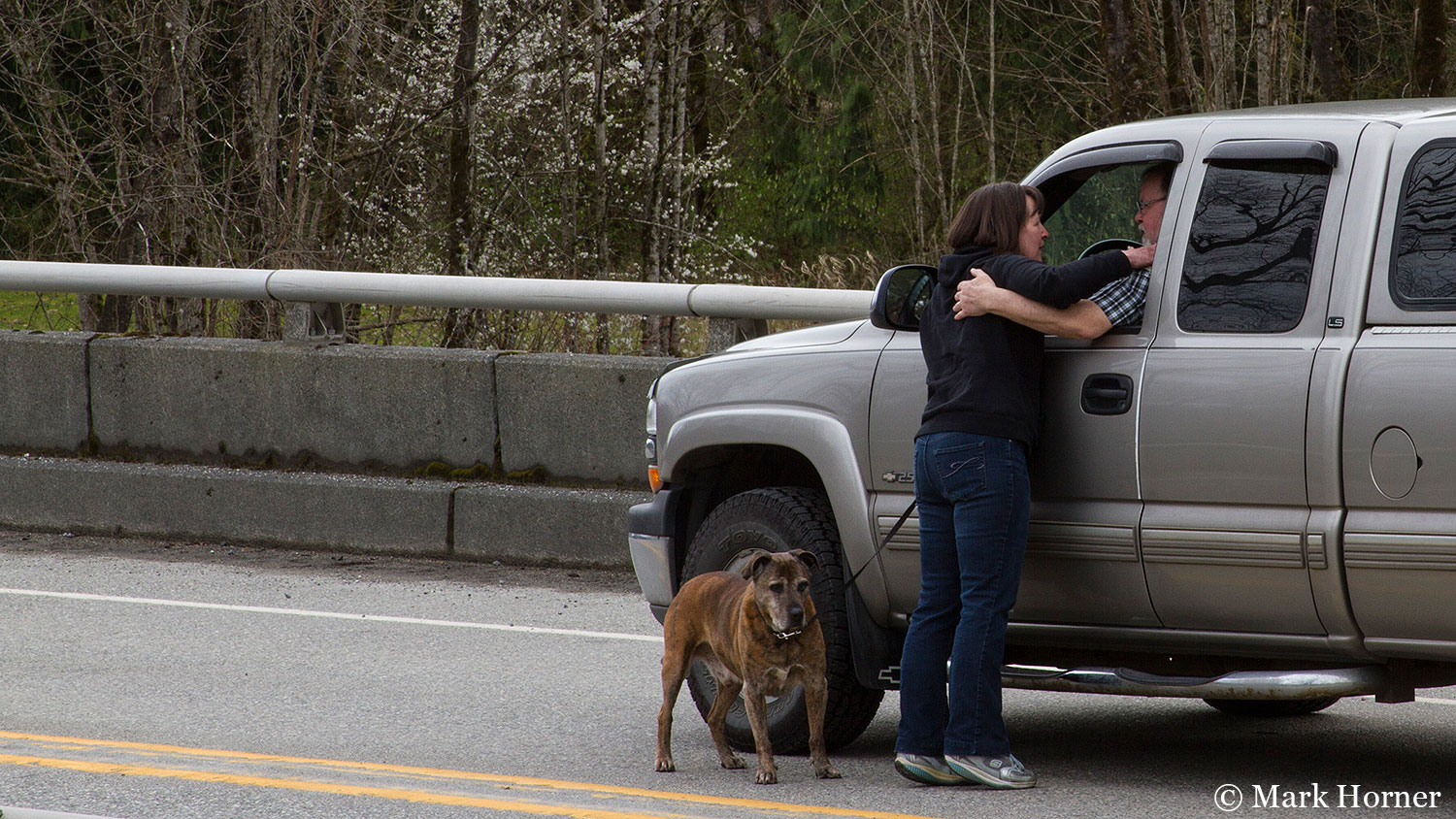