One after the other, a succession of small planes lightly dips into Okanagan Lake, scooping up another load of water while on-the-fly.

And one after the next, each plane releases the lake water over a specific nearby target: Yet another patch of rugged forest just above the northwest part of the lake, not far from homes and neighborhoods.

These planes are on the frontline of battle against the White Rock Lake Wildfire.

Their teamwork and resolve are clearly visible in an 8-minute video featuring photography from Christian Sasse.

Sasse and his wife purchased a summer cottage just above Okanagan Lake earlier this year. But due to smoke-filled skies, the couple returned to their primary home near Vancouver about two weeks ago.

Then, as last Friday turned into Saturday, the wildfire climbed ridge after ridge as it raced north to south, getting so close to Sasse’s La Casa Cottages Resort neighborhood, the glow dominated the night sky just north of his street. 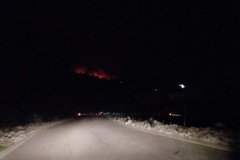 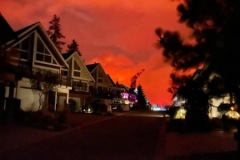 Sasse’s neighbors sent him photos of the fire’s aggressive march.

At 12:09 AM Saturday, he sent Beyond 90 Seconds a photo that dramatically illustrated the threat: A glowing, orange smoke-filled sky seemingly just beyond lakeside cottages.

Uncertainty hung in the air, but the neighborhood survived the night.

At 10:47 AM Saturday, Sasse sent another photo. It featured the photography equipment he’d just packed. He was minutes away from a drive back to Okanagan Lake to document the fire activity.

Just after 3 PM that day, Sasse arrived in West Kelowna, briefly stopping at Starbucks for coffee and a quick bite to eat.

And then it was onto the mission at-hand. He’d not only hoped to shoot photos and video, Sasse wanted to live stream.

Despite numerous attempts from several locations, he never managed to find a cell signal strong enough to live stream. He considered that a local power outage may have impacted the available cell signal.

Ultimately, Sasse did find good locations for shooting the fire.

From the lake’s eastern shore, he was safely removed from the burning ridgetops now clearly visible above the opposite shore.

The aerial attack on the wildfire was unfolding in plain view, too, as a team of at least five planes worked to prevent the blaze from reaching nearby homes.

The video captured by Sasse is featured here. It shines a spotlight on those planes, the pilots, and their teamwork, and resolve.

And it’s but one of many wildfires in British Columbia right now. 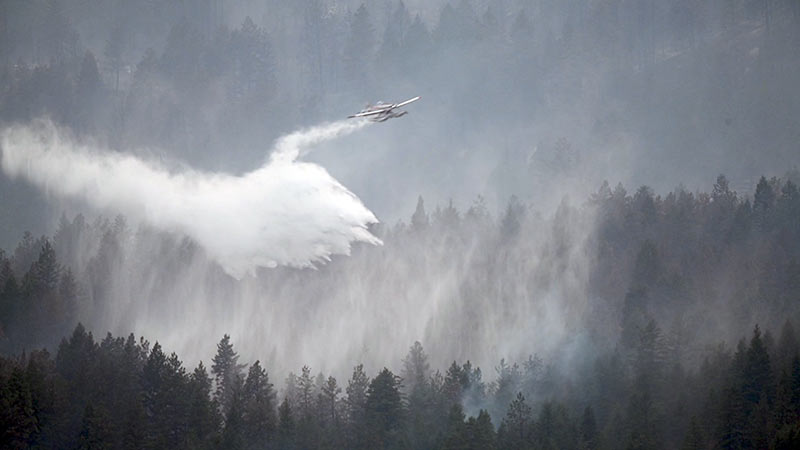