The crash unfolded immediately on the north side of the interchange with SR 2.

Rescue crews first received a report of the crash at 3:37pm.

The southbound lane on SR 204 to eastbound SR 2 was closed while crews worked the crash scene. 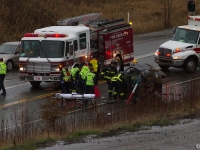 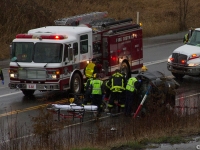 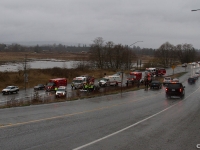 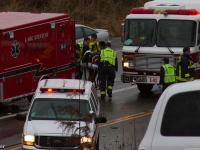 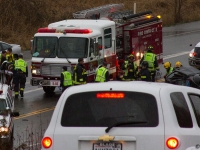 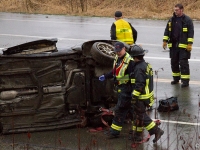 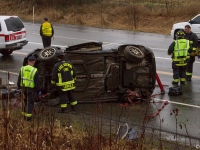 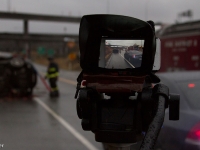 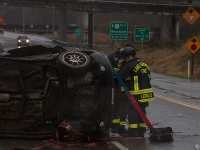 No official word yet on what caused the crash or any specifics about the person taken to the hospital.

*note:  Using my iPhone, I streamed live video from the scene minutes after the crash (video available below).

Shortly prior the end of the live stream, I was allowed much closer access to the scene.  The new, closer angle revealed what looked like tire tracks coming off of the road above; suggesting the possibility that the VW may rolled down that embankment (photo #12 was taken just prior to my departure from the scene).

Earlier in the live stream, you’ll see that I focused on tire tracks in the mud just off the road of southbound SR 204.  It’s possible that those tracks are irrelevant.

Again, official information is yet to come from law enforcement.

Lastly, special thanks to Daron Johnson (@SnoCo_Scanner on Twitter) for his tweets and additional information regarding this story.