He shattered a world-record when he imaged the most distant object from earth ever captured by an amateur-sized telescope.

This latest chapter in Sasse’s adventurous life began to unfold shortly after he moved to British Columbia in 2011.  That same year, he visited the Fraser Valley Bald Eagle Festival, thus igniting a passion for both the welfare (he volunteers at the Hancock Wildlife Foundation) and imagery of the majestic raptor.

And that is when Sasse decided to take-up photography. Yes, just two years ago.

Enthusiastic, rave reviews of Sasse’s photos continue to pour-in from around the world on his Facebook page. As of this writing, his page has 15.8 thousand “likes.”

The photos intimately showcase Bald Eagles at various stages of life, from the recently hatched to the mighty, full-grown adult.

Classic Bald Eagle behaviors are also captured by Sasse’s lens(es); and we’re not only talking about the familiar “money shot” that features a flying eagle’s talons plucking a salmon from the water mere centimeters below.

For example, how many of us have witnessed a Bald Eagle standing in the muddy waters of a low-tide and patiently hunting for a midshipman (fish) that’s mostly hidden in the muck?

To top it all off, it turns-out Sasse is also quite gracious; something I learned firsthand.

Several weeks ago, I reached-out to Sasse via Facebook and asked for permission to use two of his photos in a project.  He kindly obliged.

It was while working on that project that I came across a piece of up-tempo music and thought, Christian Sasse’s photography would go great with this tune!

The rest, as they say, is history.

The music and Sasse’s photos are featured in the video above. 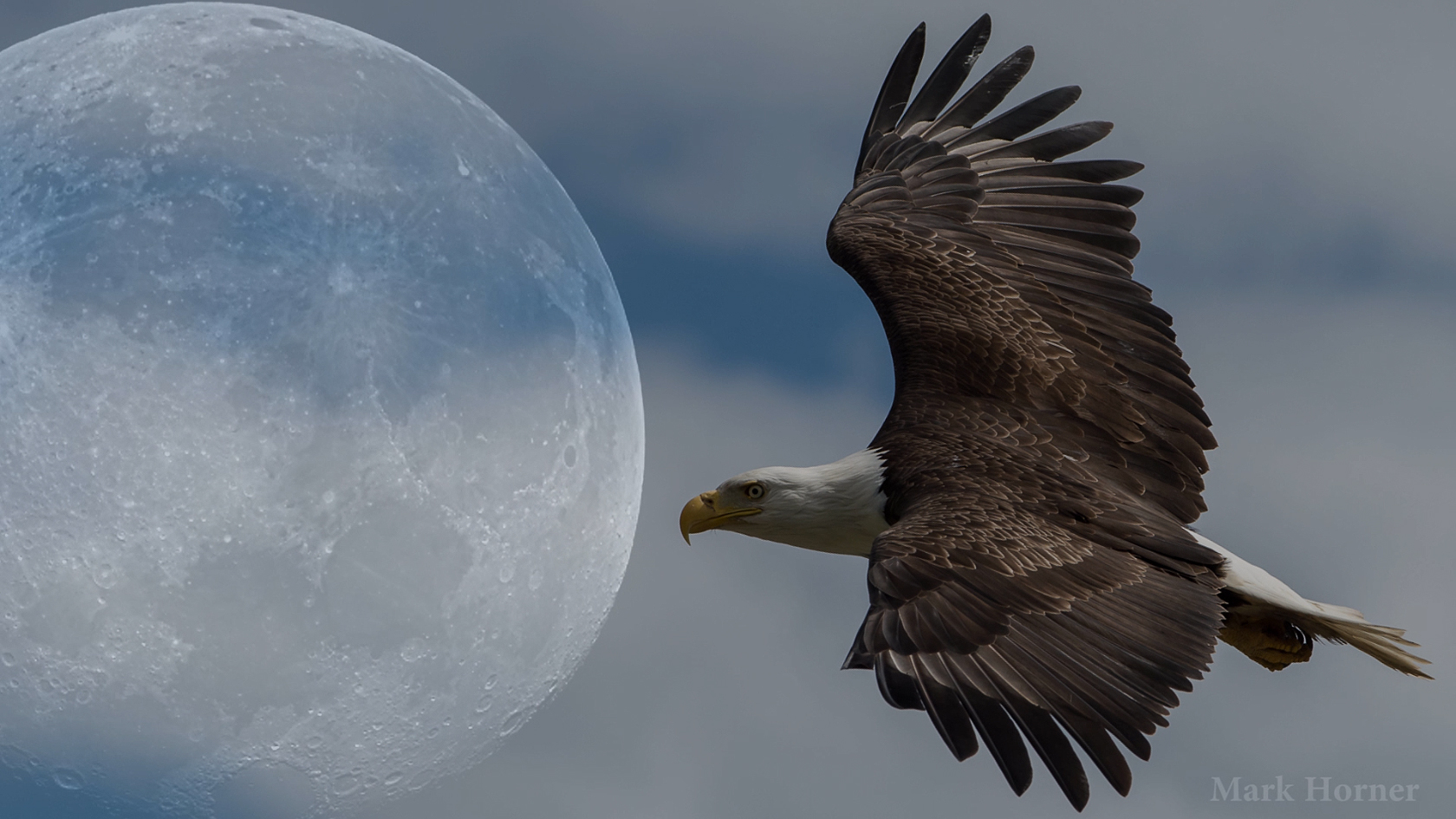