(Marysville, WA) Lots of blue lights, but no special at the Marysville Kmart early Wednesday evening.

Rather, the lights and sirens were all part of a large-scale response by law enforcement after an angry customer allegedly threatened to “shoot everyone” inside the store.

The local SWAT team moved in.  Customers and employees exited the building.

“They (police) went right in that front door with their (weapons) pointed right inside that door,” one shopper said.

That shopper and her friend did not wish to appear on camera.  They said they watched the scene unfold from the parking lot.

“They just stormed right in,” the shopper added.

Ultimately, surveillance video showed that the man who allegedly made the threatening remark had already left the store prior to the police response.

“Officers were unable to identify anyone in the store that had actually seen a gun or any type of weapon in the possession of the suspect,” police said in a news release.

Investigators now hope the public can help them locate that man.

Marysville police have released surveillance pictures that show the man wearing a gray buttoned shirt and a black bandana around his head.  Police say the man is white, heavy set and about 6 feet tall.

If you think you recognize the man in the surveillance pictures, police would like to hear from you.  You can contact the Marysville Police Department at 360-363-8300. 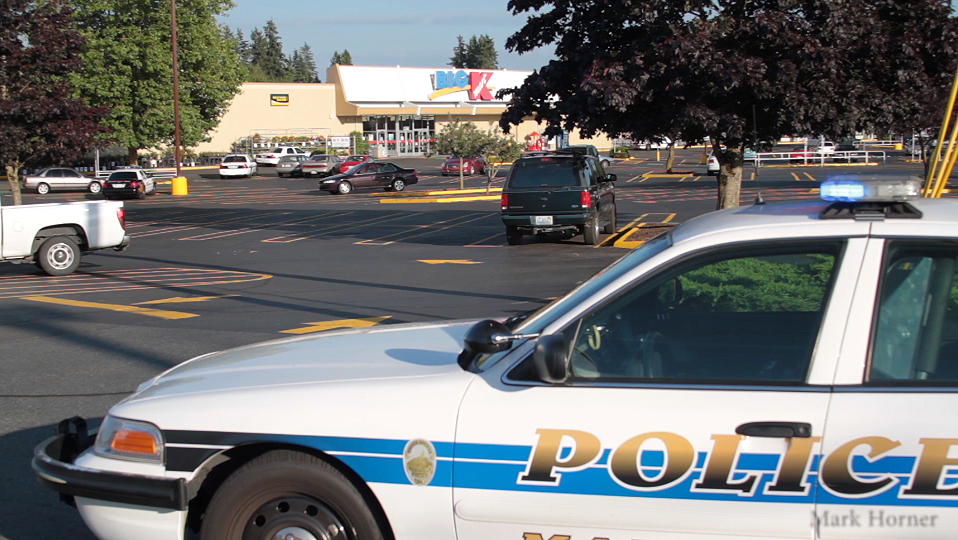