No one was injured in the fire at Mike’s Deli-Mart at 23221 Edmonds Way.

Mindy Woods lives across the street at the Edmonds Highlights apartments.

In an on-camera interview with Beyond90Seconds.com, Woods describes hearing 5 explosions, and witnessing the fire grow.

Edmonds Way was closed due to the 2-alarm fire. 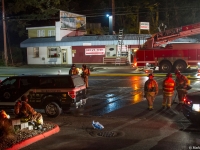 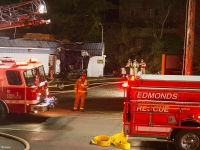 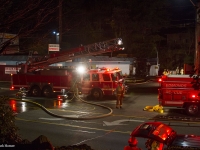 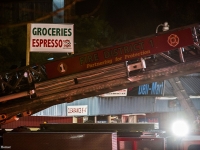 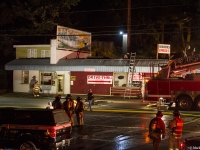 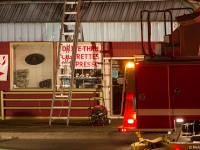 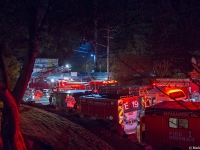