(Mukilteo, WA) On a Sunday mid-afternoon in western Washington, a high-speed chase that covered parts of two counties was but one episode in a dramatic string of violent, dangerous acts that reportedly started—then ended—with gunfire.

First came the call around 3:15pm reporting that a man and woman had been shot on Camano Island.

In very short order, police were in pursuit of the suspect; a 34-year-old man driving a Toyota Camry.

The suspect reportedly put the pedal to the metal, reaching speeds above 100mph as he drove southbound on Interstate-5, and then on SR 526 as he drove west toward the Mukilteo ferry dock. 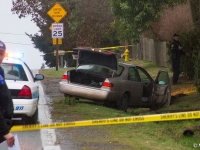 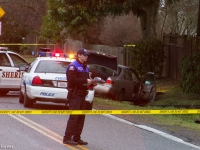 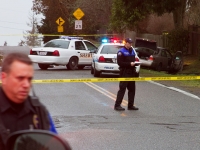 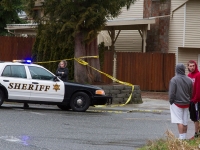 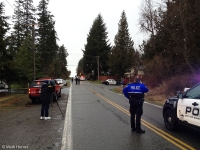 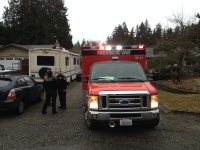 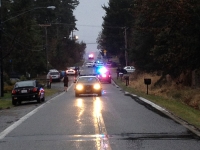 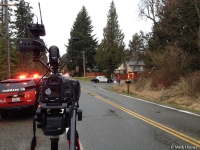 The (Everett) Herald reports that police bumped the suspect’s vehicle (PIT maneuver), causing it to spin out of control.

At least one neighbor has told local media that the suspect was shot after he pulled a gun on officers.

According to news reports, the wanted man was breathing when transported to a local hospital.

*note:  A medic vehicle was leaving the scene just as I arrived.  I rushed to get my camera and shot video of that vehicle leaving the scene (first 2 shots in video below).  While I have no confirmation, I think it’s probable that the wounded suspect was in that vehicle, en route to the hospital.

-- Bill Gillam for his excellent tweeting about this pursuit (it’s what tipped me off to it).

– Daron Johnson (@SnoCo_Scanner) and Andrew Kim (@andrewkim101) for their support. 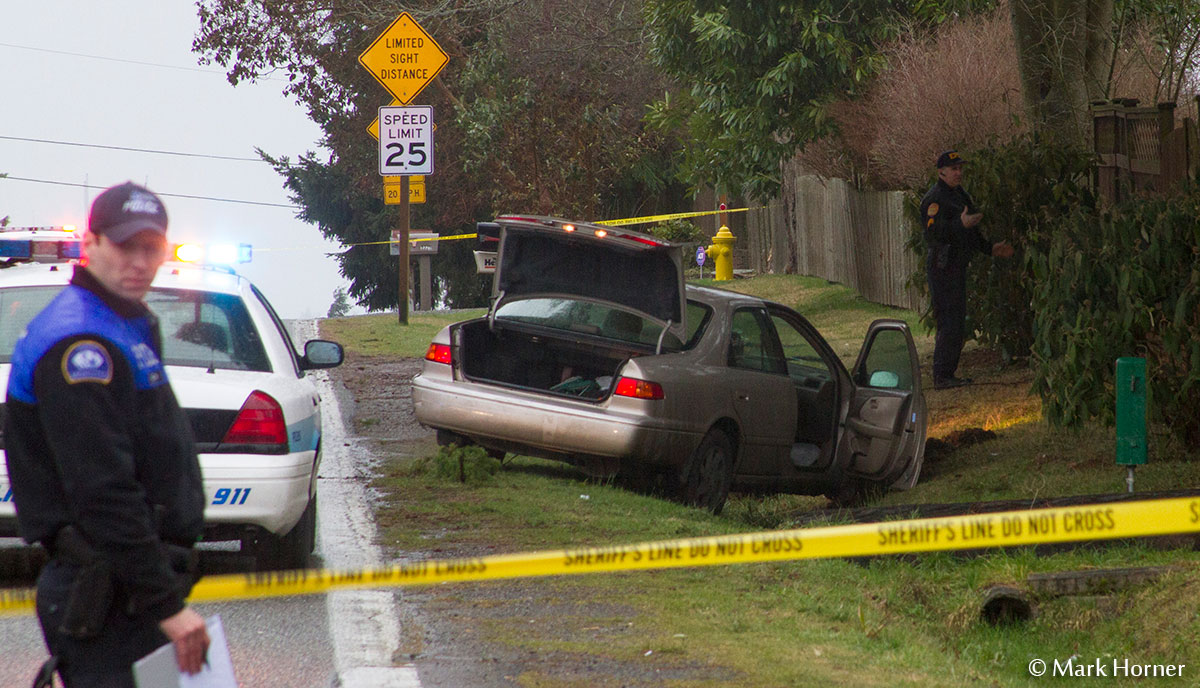