Story updated at 8:30am PST to include copyrighted photographs taken Friday morning showing locally-owned heavy equipment at the Oso mudslide.  People featured in these photos are Bob DeYoung of Darrington who’s seen giving a “thumbs-up” in appreciation of the $100 Shell gas card he’s holding donated by Beyond90Seconds.com reader @SnoCo_Scanner  (Daron Johnson). Jaimie Mason is also featured wearing wearing hard hat. All photographs in this series were taken by Mason for Beyond90Seconds.com. 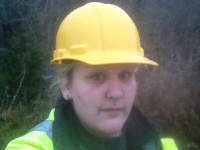 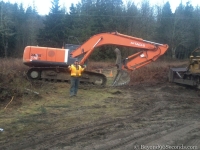 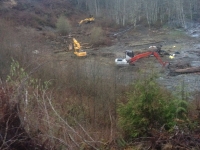 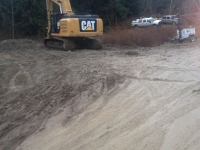 (Darrington, WA) In a 13-minute video recorded on Thursday, Jaimie Mason begins by expressing her gratitude for the $360 in Shell gas cards donated by readers of this blog.

She goes on to say so much more.

Mason lives west of Darrington, closer to the Oso mudslide.

First, about those gas cards.

Mason says many local residents assisting in the rescue and recovery effort are using their own machinery, and are also paying for the fuel to run it.

Thus, her appeal for the gas cards and this bulletin here on Thursday.

Mason goes on to share that she—like so many of her neighbors—are now spending days at the mudslide sifting through the debris, hoping to find missing neighbors and loved ones.

There are several powerful moments in this interview.

And while I’ve not confirmed Mason’s claims, she does strike me as quite sincere.

It shouldn’t be surprising to hear more words like these in the weeks and months to come. 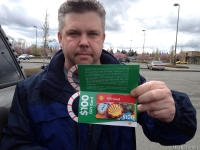 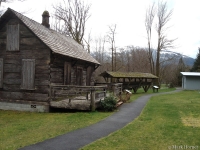 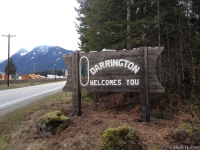 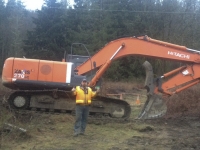